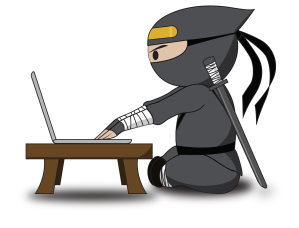 The diary of a software ninja

Since introducing LINQ in .NET 3.5, the way how we write code changed a lot. Not only in the context of database queries with LINQ to SQL or LINQ to Entities, but also in day-to-day work with manipulating collections and all kind of transformations. Powerful language constructs like implicitly typed variables, anonymous types, lambda expressions and object initializers, gave us tools for writing more robust and conciseness code.

It was a big step towards functional approach to solve engineering tasks by using a more declarative way of expressing your intent instead of sequential statements in imperative paradigm.

Functional programming is a huge topic and mind shift for all .NET developers who is writing their code in C# for a long time. If you are new to the topic (like me), you probably don’t want to get into all that scary sounding things like functors, applicatives or monands right now (discussion for other posts). So let’s see how applying a functional approach could make your code cleaner here and now with our beloved C#.

For the sake of example we will solve a very simple FizzBuzz kata in C#. I will show you how it looks like in F#. If you don’t know what is kata, it just a fancy way of saying puzzle or coding task. The word kata came to us from the world of martial arts and particularly Karate. The FizzBuzz is a simple coding task where you need to solve the following problem:

So, first we will start with naïve implementation in C#:

And here’s the output:

So far so good. I told you, it’s a piece of a cake. Okay, how we can improve this code? Let’s use the power and beauty of LINQ:

We use the static helper Range on Enumerable to generate a sequence from 1 to 100. Then we use the Select method to iterate over each number in that range and return a string which contains one of those FizzBuzz words. We used very powerful concept – pattern matching. This feature is available from C# 7.0. This variation of pattern matching uses var pattern with when clause for specifying condition. Last method in chain is Aggregate. It is one of the most interesting in the LINQ – you could use it as a functional replacement for the loops in your code base. In this example we concatenated each element in sequence with a new line producing string as a result.

In C# 8.0 pattern matching was extended and improved. We can re-write our code like this:

Finally, let’s look at the F# implementation of the kata:

You can see that this sample is very similar to the previous one with C# 8.0 pattern matching. And this should not surprise you, because the C# team is introducing more and more functional constructs in the language with each version, taking all the good parts from F#.